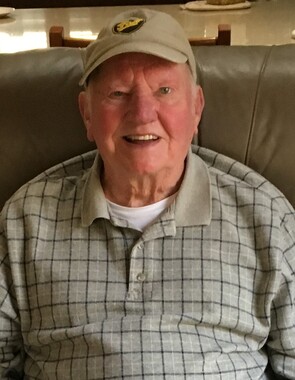 Back to Foy's story

Foy Scott, 94, of Rockville, Ind. passed away at 4:25 a.m. Wednesday, January 8, 2020 at Cobblestone Crossing in Terre Haute. He was born October 29, 1925 in Cullman, Ala. to the late Columbus J. Scott and Ana Mabry Scott.
He was preceded in death by his wife of 60 years, Martha Louise Bishop Scott; and six siblings, Macon Scott, Carmel Scott, Parks Scott, Cordis Scott, Clinton Scott and Silbia Scott Kampmeir.
Survivors include two daughters, Debra Raney of Huntsville, Ala. and Cindi (Basil) Weinman of Rockville; one brother, Ollie Scott of Birmingham, Ala. and one grandson, Brian Stackpole.
He served in the United States Army during WWII. He retired as plant manager from Bell South. He was a graduate of Vinemont High School in Cullman and was a member of the Telephone Pioneers of America. He enjoyed fishing, gardening and watching Alabama football games.
Memorial services will be at a later date. Memorials should friends so desire, may be made to the Alzheimer's Association, 50 E 91st Street, Indianapolis, IN 46209 in his memory. Arrangements entrusted to the care of Gooch Funeral Home, Rockville. Online condolences may be shared at goochfuneralhome.com.
Published on January 9, 2020
To send flowers to the family of Foy Scott, please visit Tribute Store.

Send flowers
in memory of Foy

A place to share condolences and memories.
The guestbook expires on April 08, 2020.