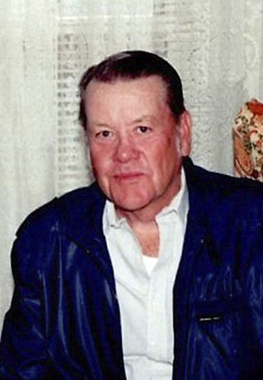 Back to Gilbert's story

Mr. Gilbert Thomas Tucker, 89, of Hoover (formerly of Logan, Ala.), will be laid to rest with military honors at the Alabama National Cemetery at 1:15 p.m. on Thursday, January 9, 2020. Visitation will be Thursday at 10 a.m. at Ridout's Valley Chapel in Homewood. Ridout's Funeral Home of Birmingham is directing.
Gilbert passed away peacefully on Tuesday, January 7, 2020 at his home surrounded by his loving wife and family. He was born on October 25, 1930, to Albert Tucker and Lena Self Tucker.
Gilbert served in the United States Air Force and received 2 bronze stars for his service in the Korean War. He was well known throughout the community for his kindness and generosity. Gilbert loved to farm, hunt and fish.
He was preceded in death by his parents, and son Ronnie Tucker.
Survivors include his wife of 50 years, Mary Elizabeth Tucker; three daughters, Patti Harbison (Charles), Rita Tucker and Becky Powers (Garry); son, Larry Frank (Barbara); and a host of grandchildren and great-grandchildren.
In lieu of flowers, the family requests that you please make a donation in Gilbert's name to your favorite charity.
Published on January 7, 2020
To send flowers to the family of Gilbert Tucker, please visit Tribute Store.

Send flowers
in memory of Gilbert

A place to share condolences and memories.
The guestbook expires on April 06, 2020.