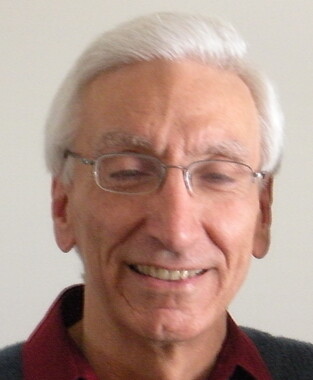 Back to Johnny's story

Johnny (John) Mike Nick, age 69, passed away Tuesday, 14 January, at Hanceville Nursing & Rehab Center after tenaciously battling cancer for a number of years.
He was born January 16, 1950, to Harry and Eunice Nick.
He is survived by his older brother, Alex Nick; sister-in-law, Sharon Nick; nephew, Alexander (Xan) Nick; and great-nephew Camden Nick, all of whom presently reside in Tulsa, Oklahoma.
Visitation will be at Hanceville Funeral Home from 5:30-8 p.m., Monday, January 20. John's funeral service will be at the funeral home at 11 a.m., Tuesday, January 21. He will be buried in Oakland Cemetery in Ensley, Alabama, where his mother and father are buried.

John was a 1968 graduate of Holly Pond High School and a 1972 graduate of the University of Alabama where he received a BS in Industrial Engineering. After college, John worked in the petroleum industry, primarily in Texas, North Carolina, and New Jersey before retiring back in Alabama.

After retirement John traveled extensively, particularly in Australia, Indonesia, Greece, and Turkey. John was a gifted history buff who had an amazing memory for historical names, dates, and events. He could also recall the most minute details about family members and friends' lives.

For the final 20 years of his life John resided in the Autumnwood Apartments in Hanceville, where he enjoyed researching many topics of interest at the Wallace State Community College library. He bonded with many of his fellow apartment residents, particularly his close friend Jo Terry. During his illness, Jo was a constant companion visiting him daily, providing continuous emotional and physical support, for which John's Family will be forever grateful.
Published on January 16, 2020
To plant a tree in memory of Johnny Nick, please visit Tribute Store.

Plant a tree in memory
of Johnny

A place to share condolences and memories.
The guestbook expires on April 15, 2020.

Crystal Green
He will be missed by many people. Love cleaning his room when working on Ivy hall . from Crystal Green House keeper.
Doris Hudson
Enjoyed getting together with Johnny when I would come to Cullman for my vacation every summer. The last 6 years, a group of cousins would get together for lunch and catch up on the past year. Johnny always seemed to enjoy seeing everyone. We are going to miss these good times. Love and miss you Johnny!!!!
Lisa Hullett
Our entire library staff loved John and appreciated his visits with us. He was kind, helpful, intelligent, and the best part of our day. He helped students at the computers, offered us help when we were busy (which we greatly appreciated), and read more than any other patron. We missed his daily interaction when he was ill.
Sherry jones
Loved visiting Johnny and so did mycah, he was always going in to see him and with every question he would say that's right John Nick . Johnny loved seeing him even though I know he rattled his nerves. He is going to be missed dearly.
View all