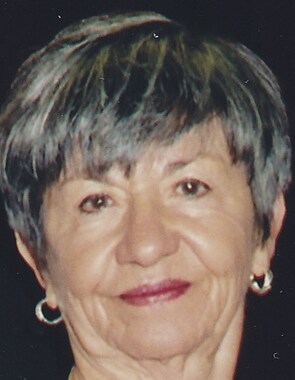 Back to Mary Jane's story

Mary Jane (Tooley) Austin, of Anderson died February 10, 2020 at Golden Living Center in Muncie after an extended illness.
She was born June 3, 1933 in Anderson, the daughter of Ralph and Norma (Craig) Tooley. She was the head teller at Amsouth/Regions Bank and First National Bank for more than 25 years. She loved the beach, reading and her dogs.
Mary Jane is survived by her husband, Archie "Gene" Austin of Anderson; two children, Dana (Dan) James of Anderson and Gary (Debbie) Austin of Cullman, Ala.; sister, Betty (Bob) Jackson of Anderson; two grandchildren, Brent (Sandy) Keesling, Jr. of Avon; Natasha (Joe) Becraft of Anderson; four great-grandchildren, Natalie, Makenna, Madysen and Tyler; and several nieces and nephews.
She was preceded in death by her parents, six siblings, Vivian, Ronald, Wayne, Phyllis, Gerald, Dallas Tooley.
No funeral services will be held.
Memorial contributions may be given to American Cancer Society or Alzheimer's Association.
Rozelle-Johnson Funeral Service handled funeral arrangements.
Post online condolences at rozelle-johnson.com.
Published on February 11, 2020
To send flowers to the family of Mary Jane Austin, please visit Tribute Store.

A place to share condolences and memories.
The guestbook expires on May 11, 2020.

Betty Jones and my Sister Vida Harbison
Visited her and her Husband at Woodland House Assisted Living in Cullman, Al . Sweet couple, Loved her sweet spirit.
Brenda Baker
I worked with Mary Jane for several years at AmSouth/Regions. She was a character and I loved her dearly. My condolences and love to her family. RIP sweet lady.
View all