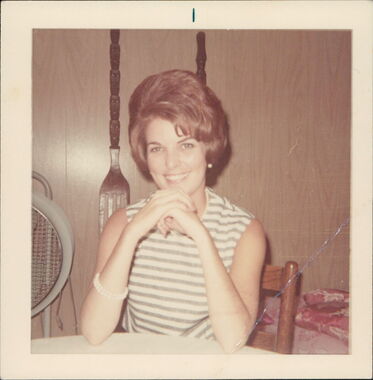 Back to Sherry's story

Sherry L. Norris of Southside, Ala., age 75, passed away on December 26, 2019.
Sherry is survived by her daughters Alisa Garmon and Lori Jones, and her granddaughters Savannah (Cameron) Ezell, Sydni Clayton, and Laiklyn Jones.
She was preceded in death by her parents, Howard and Retha Roberts and her sister Diane Frisby.
As the daughter of an Air Force pilot Sherry experienced living in several countries including Iceland and Japan. She also lived in many US cities recalling a special fondness for Destin, Fla. where she spent her teenage years.
Sherry had an 18 year career in Store Services at Walmart Distribution Center in Cullman. She was an avid gardener and an active member of her church prayer team hosting small groups in her home. She was a beautiful soul whose impact on the lives of so many will long survive her time spent on earth.
Celebration of Life Service to be held on Saturday, January 4, 2020 at Morgan Funeral Home in Attalla, Ala. Pastor Kyle Cantrell will be presiding. Family will receive visitors beginning at 2 p.m. followed by the memorial service at 3 p.m. In lieu of flowers donations can be made to St. Jude Children's Research Hospital.
Published on January 1, 2020
To plant a tree in memory of Sherry L. Norris, please visit Tribute Store.

Plant a tree in memory
of Sherry

A place to share condolences and memories.
The guestbook expires on March 31, 2020.